9 Months In, 9 Months Out | Finding Freedom in Motherhood

I passed a small yet very important test in September of 2016. That’s the day I learned that I was a mother to what was then a little seed sprouting in my belly. Thinking about not meeting this child until May 2017 seemed like centuries away!

That time passed with questions of doubt and ignorance. I even questioned if I could love her the way she needed a mother’s love. I had no idea of the kind of love I was capable of.

Out of the fearful thoughts of if my baby was healthy and thriving, I was also filled with baby bliss. Putting all the little things together in her nursery, coming up with a name, going to showers, and feeling all of the alien-like movements in my belly shielded the reality that I would need to learn how to actually take care of a tiny human being. I was not prepared for what was to come when she would breath on her own outside of my body, let alone what birthing an almost 9 lb. baby would be like! If not for the blessing of the baby bliss, I would have wanted her to live in my belly for the next 3 months.

The first moment she was laid on my chest was almost supernatural. Nothing can compare to that moment, and it’s something a woman can’t truly imagine until it happens to her. I was immediately in love, and I also felt an immediate rush of responsibility like I’ve never felt before.  I was induced on the night of May 10, and she came at 8:50 pm the next day. I was extremely exhausted and nauseous after she was born, yet I didn’t feel like anyone else could do the job that I was now destined to perform though the hospital was full of excellent doctors and nurses. I felt as if I was blacking out but somehow brought myself out of it in order to care for my baby. It was a primal instinct. Someone else’s needs were far greater than my own for the very first time in my life.

This selflessness theme was embarrassingly new to me, and it took me months to cope with this new life that I was now granted.

I adored my baby girl. I was extremely grateful for her sweet little life and loved being her mommy, but I was struggling. There were several health scares that arose including a lumpectomy of a benign fibroadenoma in my breast that took place when she was 4 weeks old, and from that, the inability for the wound to heal for the next 8 weeks. I was leaking at least 2-3 oz. of breastmilk a day from my incision, which prohibited it from healing (weird, I know). I pumped and pumped and pumped because I was told that I would have to stop nursing in order to heal. This full time pumping job was also topped with walking and bouncing around a colicky newborn.

After pumping nearly 2,000 ounces of breastmilk (my surgeon called me Elsie) and a scheduled appointment with the lactation consultant to wean off nursing, God miraculously closed my wound! That same week I found blood in Olive’s diaper, and she was diagnosed with a milk protein sensitivity. Those 2,000 ounces of stored milk: soiled. I felt defeated, but God had a greater plan.

I eliminated dairy from my diet, and 3-4 weeks later, we had a new baby. Nursing was going well, and I knew I couldn’t use the milk so I donated it to the local milk bank. I was later told that my milk fed 9 NICU babies. It was as if God allowed me to go through all of that work for tiny babies that He created who needed it far more than my own precious baby.

Though I had gotten through those long, difficult weeks and now had a baby who smiled constantly and was full of joy, my mind and body had gone through the ringer. I was losing a ton of weight. I felt weak. I was having dizzy-like spells. I was exhausted from fear and anxiety. I just knew that I had a terminal illness from all of my symptoms. It’s astonishing what stress does to your body. It’s also ridiculous how satan pries on the weak, and fills their mind with lies.

After long walks with my husband and lots of prayer and verbally telling satan to leave (straight up War Room style), we made a few changes in our life. One being me starting a low dosage of an anti-depressant to level my hormones and get my mind in a clearer, more balanced spot. Another being to move back to our home state of Tennessee closer to family and long-time friends. The last change included a diet overhaul of now eating a primarily plant-based diet. Some people may not agree with some of our choices, but another thing I’ve learned now that I’m a mother is that you have to do what you believe is best for your family. It absolutely doesn’t matter what everyone else is doing or telling you is the right or wrong thing to do.

Your family unit is that most important thing in your life that God has given you to take care of.

You selfishly make choices to best meet the needs of that unit, no matter what.

Now that we are settled in our new home, it’s clear that God has prepared this place for us. It’s the perfect spot for our daughter to thrive, for us to build deeper relationships, and develop our greatest interests.

Being Olive’s mom for 9 months now has been the greatest learning curve of my life. She’s taught me sacrifice and true selflessness, and for that I’m truly grateful. I’m a changed person, and the mother to the most beautiful, friendly, smart, adventurous, rough-and-tumble baby girl. To be honest, if I knew what was to come those 9 months she was growing in my belly, I would be a bit scared and never feel truly ready to be a mother. I would go through every single moment again to get to the place I am now though. I would do absolutely anything for that sweet girl. She fills me with pride and such a deep joy and a love like no other.

This new chapter has given me an appreciation for God’s plan and His perfect peace. It is far greater and more perfect than our own, and in that, there’s freedom.

CHOOSING ART THAT WILL GROW WITH YOUR CHILD

What I’ll be Reading this Summer + A GIVEAWAY 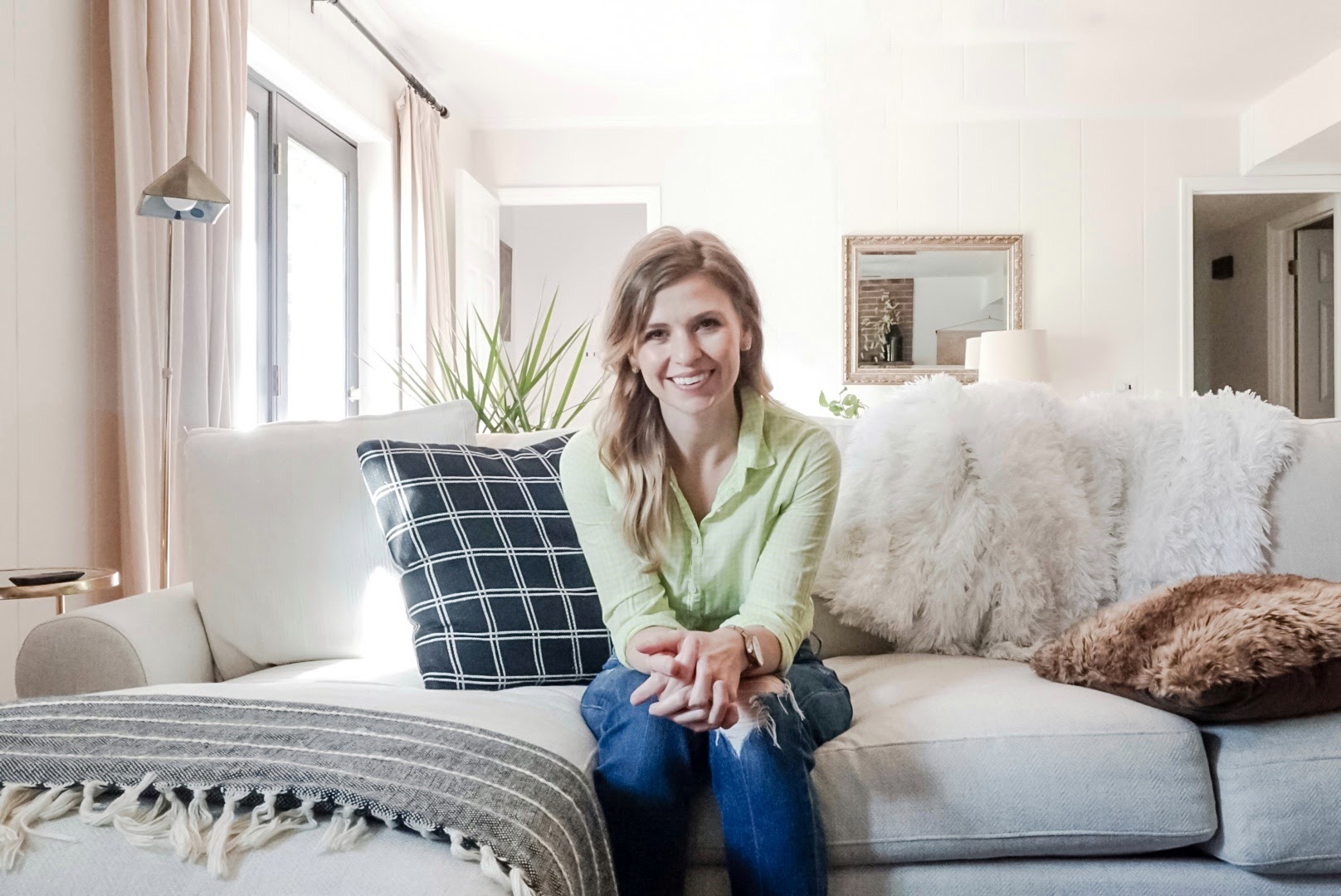